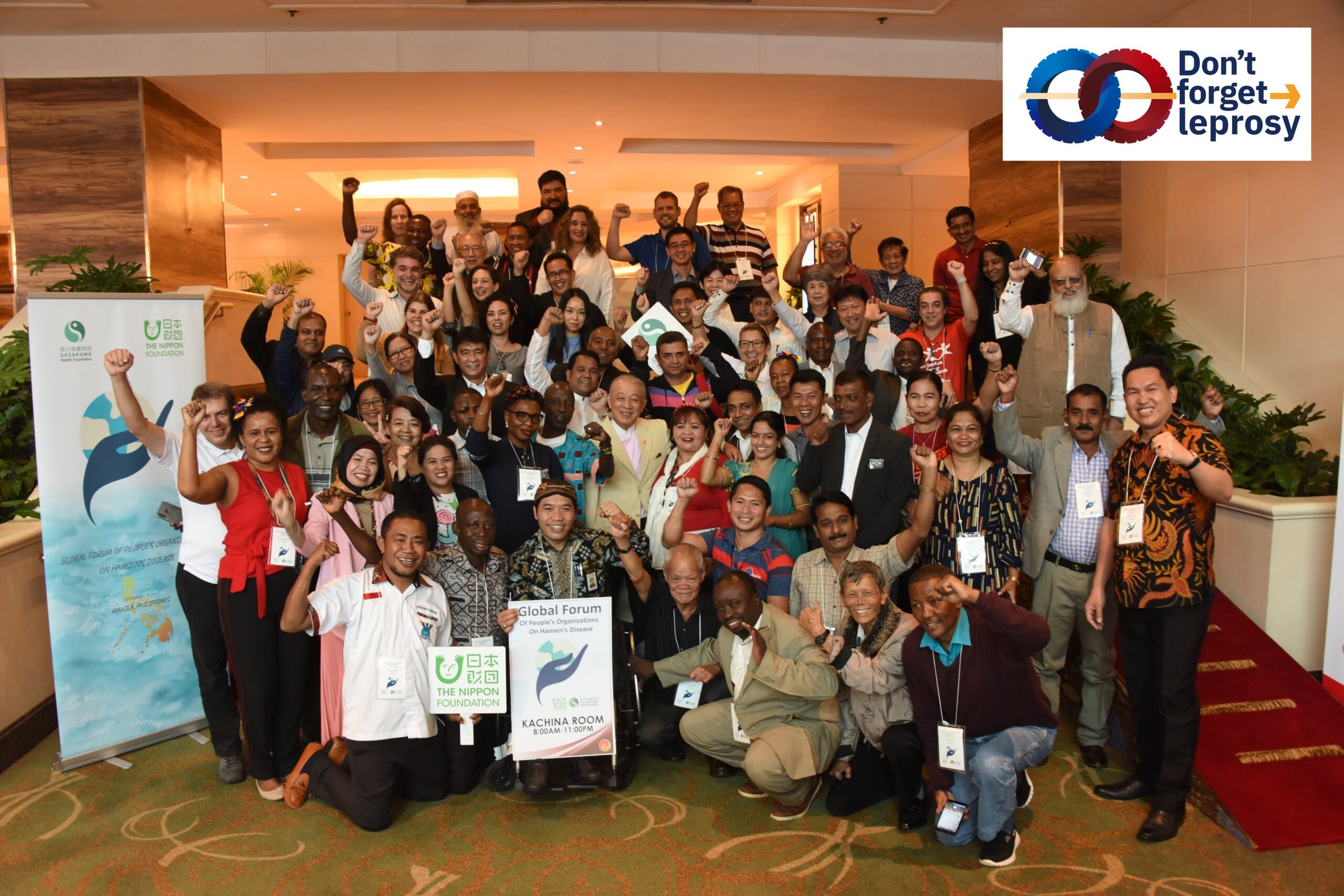 Beginning with a webinar on Aug. 4, 2021, the approximately 10-month-long campaign has been created to mark the 20th anniversary of WHO Goodwill Ambassador for Leprosy Elimination Yohei Sasakawa first being appointed as an ambassador for leprosy elimination in 2001.

The campaign will feature a total of six webinars, online media briefings, TV and radio spots, social media messaging and videos featuring the Goodwill Ambassador. It will also incorporate other awareness-raising activities including the annual Global Appeal to End Stigma and Discrimination against Persons Affected by Leprosy issued at the end of January.

Leprosy and the Coronavirus Pandemic

As a result of the coronavirus pandemic, many initiatives against leprosy have had to be scaled back or suspended as resources are directed toward the fight against COVID-19. Of particular concern is the fact that in some high-endemic countries, there has been a 30% to 50% decrease in detection of new cases, which will lead to increased transmission of the disease and more cases of disability.

For communities of persons affected by leprosy that were already in a vulnerable situation, the impact of the pandemic has hit them disproportionately hard. Lockdowns implemented in many countries have made it difficult for patients to access treatment and medical services, have resulted in the loss of livelihoods and exacerbated the discrimination that persons affected by leprosy already face because of the stigma associated with leprosy.

These are the issues that Goodwill Ambassador Sasakawa had in mind when he said: “Even amid the pandemic, it is very important that everyone involved in leprosy work continues what they are doing. We must not allow leprosy to be forgotten.”

20 Years of Advocacy Work as a Leprosy Elimination Ambassador

In 2001, Yohei Sasakawa, who is Chairman of The Nippon Foundation, was first appointed as a Special Ambassador for a global alliance of leprosy-endemic countries, NGOs and the World Health Organization committed to eliminating the disease. In 2004 he was formally appointed WHO Goodwill Ambassador for Leprosy Elimination.

Sasakawa thinks of leprosy work in terms of the two wheels of a motorcycle—the front wheel represents efforts to eliminate the disease and the rear wheel efforts to end discrimination. Both wheels must turn at the same time if we are to make progress toward a world without leprosy and its associated problems.

A frequent visitor to leprosy-endemic countries, he attaches importance to field visits because he believes solutions are to be found alongside problems. Over the past two decades he has traveled to over 100 countries, where he makes a point of meeting with persons affected by leprosy to learn about their lives and familiarize himself with their concerns.

The webinar will introduce the aims of the “Don’t Forget Leprosy” campaign and will also feature Goodwill Ambassador Yohei Sasakawa and persons affected by leprosy from different countries discussing what the priorities in leprosy should be amid the ongoing coronavirus pandemic.

Five more webinars will be held—one every two months—through May 2022. Please refer to the Initiative’s website for details.

Leprosy, also known as Hansen’s disease, is an infectious disease that mainly affects the skin and peripheral nerves. Around 200,000 cases are newly reported each year. Leprosy is curable with multidrug therapy, but left untreated can result in permanent disability. An estimated 3 to 4 million people in the world today are thought to be living with some form of disability as a result of leprosy. Although completely curable, many myths and misunderstandings surround the disease. In various parts of the world, patients, those who have been treated and cured, and even their family members continue to be stigmatized. The discrimination they face limits their opportunities for education, employment and full participation in society.

The Initiative is a strategic alliance between WHO Goodwill Ambassador for Leprosy Elimination Yohei Sasakawa, The Nippon Foundation and Sasakawa Health Foundation for achieving a world without leprosy and problems related to the disease. Since 1975, The Nippon Foundation and Sasakawa Health Foundation have supported the national leprosy programs of endemic countries through the WHO, with support totaling some US$200 million to date. In cooperation with the Japanese government and other partners, the foundations have played an important role advocating with the United Nations, helping to secure a 2010 UN General Assembly resolution on elimination of discrimination against persons affected by leprosy and their family members and the appointment of a UN Special Rapporteur on leprosy by the UN Human Rights Council in 2017.