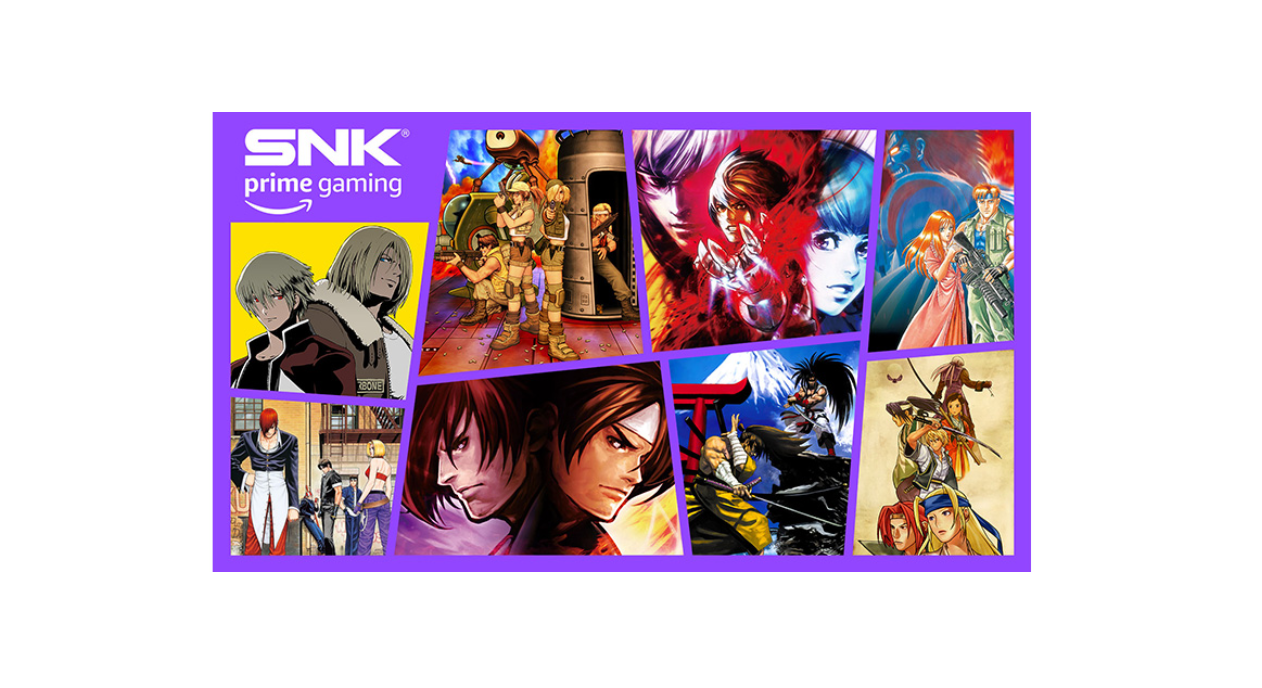 Enjoy the best SNK has to offer through Prime Gaming!

This year, SNK is releasing many of their popular titles for free for Amazon Prime members. The first drop began in May and released seven titles, with their second drop bringing seven more titles in July. Now, SNK is proud to announce an additional eight titles will be available for their third drop, including smash hits such as THE KING OF FIGHTERS 2002 UNLIMITED MATCH and METAL SLUG 3. In total, Prime members will be able to play 22 of SNK’s greatest games, completely free.

*You must be an Amazon Prime member in order to download.

*The available games are their western versions.

The games below all feature online matchmaking modes between other Prime members on Prime Gaming. Bust out your stick because the whole world is waiting!

・THE KING OF FIGHTERS 2002 UNLIMITED MATCH

・THE KING OF FIGHTERS ’97 GLOBAL MATCH

・GAROU: MARK OF THE WOLVES

THE KING OF FIGHTERS 2002 UNLIMITED MATCH

THE KING OF FIGHTERS ’97 GLOBAL MATCH

GAROU: MARK OF THE WOLVES

KING OF THE MONSTERS