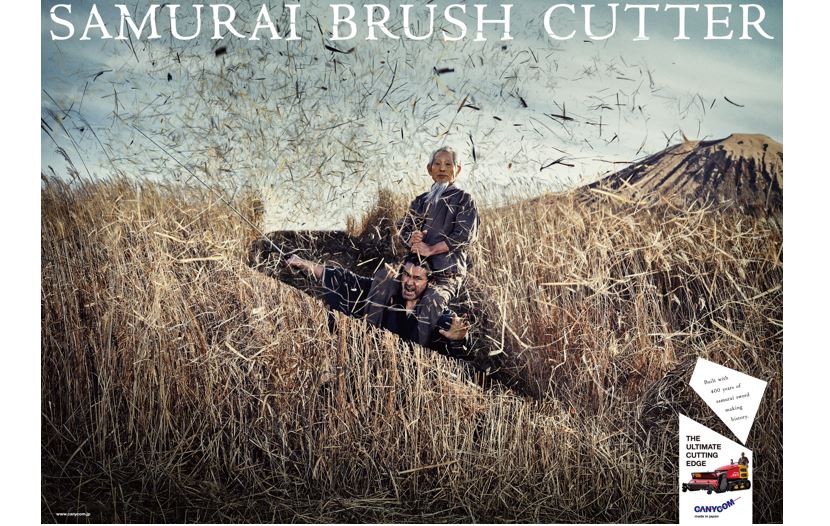 Canycom USA to begin worldwide sales of its key “BRUSH CUTTER (CG510)” in 2019. The “Ultimate Cutting Edge” brand video is also released along with the announcement

Canycom USA, the American subsidiary of the Japanese brush cutter manufacturer Canycom, will begin full-fledged operations in the United States market in April 2019. Additionally, the company’s goal is to begin worldwide sales of “BRUSH CUTTER (CG510),” a brush cutter vehicle and the company’s key product, in 2019.

Canycom is a company that manufactures and sells haulage vehicles, brush cutting vehicles, and industrial machines for agriculture, civil engineering, and forestry mainly in Japan, but also in China, Australia, the Czech Republic, the Philippines, Thailand, South Korea, and 40+ other countries in the world after advancing to the United States in 2001.

Along with the start of Canycom USA’s full-fledged operations in the United States, the company has released “SAMURAI BRUSH CUTTER – THE ULTIMATE CUTTING EDGE –”, a promotional video about the Canycom brand.

“BRUSH CUTTER (CG510),” which has become a samurai, goes through rigorous training to attain the “Ultimate Cutting Edge.” Under the guidance of its master, it cuts grass with an astonishing speed and supports villagers who struggle grass cutting on a daily basis.

Although Canycom was established in 1948, the founder Yoshito Kaneyuki (the grandfather of the current president Yoshimitsu Kaneyuki) and the Kaneyuki family were swordsmiths who created samurai swords. Canycom’s history can be traced back to the 1600s, where the family has been located in Fukuoka for roughly 400 years and missioned to forge the “Ultimate Cutting Edge” as swordsmiths. The DNA of a swordsmith that has continued for generations is carved into the present-day brush cutters of Canycom.

Canycom USA plans to exhibit at the following exhibitions.

Canycom is a Japanese company that has been designing, manufacturing, and improving unique products since its establishment in 1955. Canycom specializes in rubber track carriers, concrete buggies, and brush cutters. Currently, Canycom equipment dominates the Japanese market for carriers in agriculture, construction, forestry, and various other applications. Canycom is not only one of the oldest manufacturers but a leader in the carrier market. Canycom has over 30 years in the exporting business and currently supplies 40 countries worldwide.