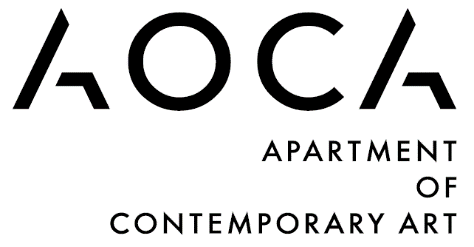 The First Ever Art Guest House in Ota-ward, Tokyo is Set to Launch. The Apartment of Contemporary Art will be holding sneak preview events on:

A Brand-new Place for Art and Stay will be Launched in Ota Ward, Tokyo, Where Haneda Airport, the Gateway to Japan lies.

AOCA is an art guest house designed to offer its guest a unique experience that satisfies a craving for cultural and artistic activity.

BESTWAY Corp, one of the leading real estate developer in Japan had collaborated with LQID, an international creative unit to bring forth this project.

There are 7 artists who contributed to this project— SLICK, one of the most globally-known graffiti artist who represents Los Angeles; COOK, who is the only Japanese graffiti artist /designer in DISSIZIT!, an apparel brand owned by SLICK; 81BASTARDS, a Tokyo-based artist collective, consisting of MHAK, YOSHI47, Jun Inoue, Naoki “SAND” Yamamoto and OT. Each of them works globally as graffiti artists and designers. With the “Dopest” Artworks on the Global level, AOCA will be the Spot that Enhances Your Stay in Tokyo and There will be More to Come.

This art guest house has 17 rooms and each room’s art was assigned with different artists. Their artworks also fill up the exterior of building, the entrance, rooftop and more.

Famous hotels like Hotel Chelsea in New York, Ace Hotel, and Au Vieux Panier in Marseill are great examples for the latest global trend of art hotels and the guest houses. They’ve been offering opportunities for various types of culture and communication. AOCA has already been covered by “The Seventh Letter” and “Big Dick’s Hardware” on their SNS as a upcoming hot spot for Tokyo’s post graffiti scene. SLICK’s rise to the top can be traced back to the mid 80’s, painting on the streets of Honolulu to the mean streets of Los Angeles. SLICK spent his early years attending ART CENTER COLLEGE OF DESIGN during the day and doing at night.

The legendary “SLICK vs HEX” graffiti battle of 1989 was a pivotal time in SLICK’s career. He went from underground hell raiser to worldwide acclaim, forever changing how graffiti characters are painted ’til this day. The international attention opened the doors for SLICK to paint everything from music videos, feature films, album covers and gallery exhibits. It was during this time, he realized he could reach a larger audience by putting his art on tees. Since his first designs in the late 80’s, SLICK has designed graphics for the likes of STUSSY, X-LARGE, ADIDAS, OBEY, DISNEY and the list goes on. Not limiting his creativity to just tees, but everything from skateboards, furniture, toys, sneakers, games, textiles to even vintage fighter pilot jackets.

Whether it’s painting a mural, designing a sneaker, formulating a paint scheme for an automobile, art directing graffiti for a video game, creating an entire collection for his brand DISSIZIT!, or as small as signing his name for a fan, SLICK treats each and everything he touches as a work of art that’s worthy of being SLICK.

25+ YEARS IN THE GAME AND STILL NO SIGNS OF SLOWING UP. COOK was born in Osaka. He is the only Japanese member of “DISSIZIT!”, an apparel brand owned by OG SLICK. He started his career as a graffiti writer when he was 20. Around that time, there was not much information of graffiti in Japan, and so as the number of graffiti artists. He decided to move to Los Angeles to polish his skills. After the training days, he now contributes to various apparel brands as a designer, and have worked on album covers or music videos for Japanese and foreign artists. He also had collaborated with Japanese famous anime “Devil Man” and “Urusei Yatsura” and worked on the official artwork of movie “Evangelion” in 2011. In LA, he had painted at the project of “ASTRO BOY BIG MURAL” produced by Tezuka Productions. The Dogg Pound had commissioned him their collectible designs after that. In 2015, he held his first solo exhibition and worked with a record label “Delicious Vinyll” as a designer. He has earned great acclaim for all of these artworks and his skills in the US. He was a part of the international mural art festival “POW! WOW! JAPAN 2015” and “POW! WOW! LongBeach 2016”. His contribution to the concert stage design of DREAMS COME TRUE, one of the most popular Japanese group, many mural artworks at various stores and jobs as a fine artist have been attracting more attentions. 81BASTARDS is an artist collective composed of 7 painters (5 from Japan, 1 from LA and 1 from Melbourne), a photographer, a filmmaker and a DJ.

The members are all born around the year of 1981. Having doubts about the way live painting should be, the collective was formed in 2014. Under the slogan of “Stick to you Guns!”. They are determined to challenge existing ideas, while focusing on things they can enjoy. Their aim is to bring about chemical reactions between each members to perfect the style as a team. The collective has already established a reputation for their artworks, murals, live paintings, and projects collaborating with corporations. And addition to these performances, they are highly recognized for projects leveraging the ability of photographer, filmmaker and DJ. These 81BASTARDS’s artworks consist of paintings, photography, films and music. MHAK was born in Aizu Wakamatsu city, Fukushima. Highly inspired by designer furniture and interiors, he has mainly been working on mural painting inside the buildings. He considers painting as a part of interior and the theme for his artwork is to coexist with living environment. He had worked on many hotels and private houses utilizing his distinctive style of curve lines and repetitions. Believing his paintings have to be recognized as an atmosphere rather than an object, MHAK sticks to abstractness. He has showcased his work in the US (NYC, LA and Portland), Argentina (Buenos Aires), Australia (Melbourne, Sidney) and Italy (Milano).

He has been conducting many art events in his hometown, collaborating with their traditional crafts and tourist spots since the 2011 Fukushima earthquake. He is also active as a member of 81 BASTARDS. YOSHI47 was born in Gifu prefecture and raised in Aichi. He began breakdancing when he was 16, then he met graffiti. At age of 20, he moved to California to study art. He has participated in various art events, live paintings and exhibitions in the US. Then he decided to become a bike messenger in San Francisco, recognized the true meaning of living in a community. He worked as a bike messenger in Tokyo after coming back to Japan, but now he spends his time as a painter. He had participated in art events and held his solo exhibitions in Japan, US, France, China, and countries in Southeast Asia. He seeks out a new form of live painting as a member of 81BASTARDS.

He prefers not to settle in one place because he values the importance of traveling around Japan in order to see and experience different things. He paints his abstract line with a spirit of subtleness, characterizing being a Japanese.

His style creates distinctive space in his artwork, and with a touch of modern taste and traditional spirit mixed together in a fine balance, it stimulates the conscious of audience. His ever-changing expression has been put out on 2D and become materialized and integrated in fashion, street displays and more.

He is also a member of 81BASTARDS. Naoki was born in Tokyo, in 1979. As a freelance designer, he mainly does graphic designs. He enjoys his expressions in product designs, apparel, producing shop windows, and more. He owns a graphic label “SAYHELLO”. He is a painter of an artist collective 81BASTARDS. OT is a Tokyo-based Bunshinshi, and painter. He is also a member of 81BASTARDS.

He started his career as a Bunshinshi (a craftsman of hand-carved traditional Japanese tattoos) in 1999, and as he mastered his skill in Japanese traditional tattoos, he has been integrating with various painters and designers to create his own style.

Since 2010, he has been a member of tattoo shop in Australia and participated in various conventions abroad. He has been active as a painter and showcased his artwork at the group exhibitions. He plans to have his solo exhibition in the near future. LQID is a creative crew consists of art directors, videographers and photographers. Their field of project is not limited in Japan, also worldwide.

A sneak preview will be held.

*You are required to put credit in a photograph: ©LQID All Rights Reserved.