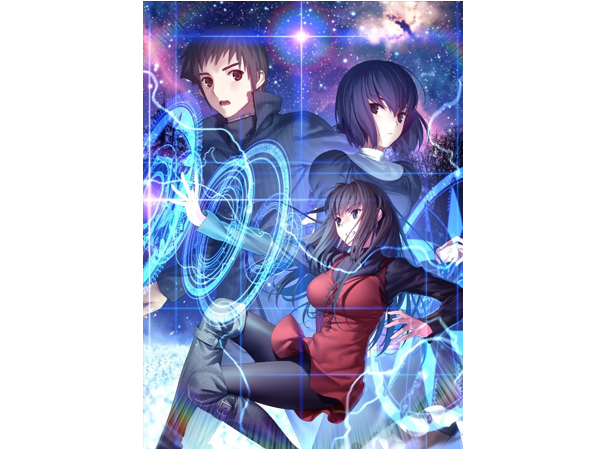 For the first time ever, TYPE-MOON’s fan-favorite visual novel, WITCH ON THE HOLY NIGHT, is coming to English-speaking audiences from Aniplex.Inc! Since the overwhelming success of Fate/Grand Order (released in America in 2017), interest in TYPE-MOON’s unique approach to storytelling and the visual novel format has skyrocketed, creating a tremendous demand for the works of TYPE-MOON’s most famous creative mind, Kinoko Nasu (Fate/stay night, Tsukihime, Fate/Grand Order). Now, in answer to that incredible demand from fans of TYPE-MOON properties, WITH ON THE HOLY NIGHT will receive a fully voiced remaster on both Nintendo Switch™ and PlayStation® 4.

What is WITCH ON THE HOLY NIGHT?

Set in 1980s Japan, WITCH ON THE HOLY NIGHT tells the story of fan-favorite TYPE-MOON character Aoko Aozaki as she attempts to navigate the complex world of magecraft while also dealing with the everyday struggles of life as a high school student! Players will experience the thrilling origin story of this much-beloved character, penned by Kinoko Nasu, famed creator of the Fate series, himself!

The original PC version’s beautiful visuals will be remastered in spectacular high-definition format to create a modern gaming experience sure to delight TYPE-MOON fans and franchise newcomers alike! Prepare for the definitive version of one of Kinoko Nasu’s most beloved works.

In addition to the visual update WITCH ON THE HOLY NIGHT will receive, the remaster will include new, fully voiced dialogue! Now you will hear every word from every beloved character performed by a cast of incredible voice actors in the original Japanese!

WITCH ON THE HOLY NIGHT provides an incredibly rich narrative with a delightful cast of characters for players to enjoy. In addition to a main story, the remaster will also include two side stories.

Title: WITCH ON THE HOLY NIGHT

*Prices may vary by region

*Nintendo Switch is a trademark of Nintendo.

*”PlayStation” is a registered trademark of Sony Interactive Entertainment Inc.