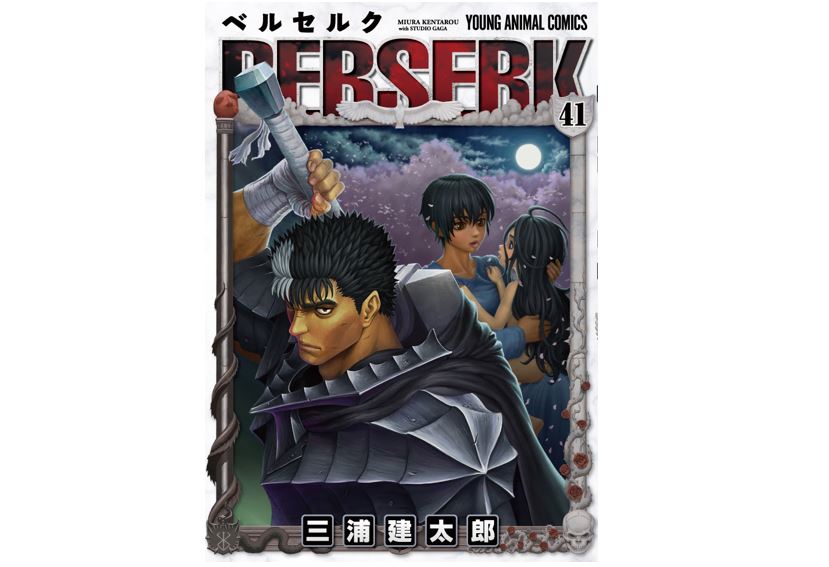 With gratitude and respect to all Berserk fans around the world. The publisher Hakusensha will be running ads simultaneously in three newspapers worldwide!

“Words lack elegance.” No words are enough to express our gratitude. We hope that all Berserk fans around the world will come together at #BERSERK.

With more than 50 million copies in circulation worldwide, Berserk, a popular manga series written and illustrated by Kentaro Miura and published by Hakusensha, will release its much-anticipated 41st volume on Friday, December 24, 2021. Volume 41 has been a long time in coming since the previous volume was released about three years ago[A1] . To announce the release of the new volume, the publisher Hakusensha will be running ads simultaneously in three newspapers worldwide – The New York Times, Le Monde, and The Asahi Shimbun. (Note: In the US and France, the 41st volume of Berserk is set to be released in the summer of 2022.)

Berserk is a dark fantasy tale that began serializing in 1989. The story centers around the protagonist Guts, a swordsman who wields a colossal blade to vanquish otherworldly creatures, as he enters a new stage of his epic journey. In recent years, the series has gained acclaim abroad, winning the Manga Barcelona Award in the seinen (young adult male) category. The series has been published in 20 different regions/countries around the world, such as the US and France, and the work continues to enthrall more and more readers worldwide. On December 24, 2021, which is the release date of the new volume, the publisher Hakusensha will be running ads simultaneously in three newspapers worldwide. The ads will be dedicated to all fans in Japan and around the world who have been with the series since the very beginning, thanking them for having waited so long and for showing their unwavering love and support for the series.

On Friday, December 24, at 5 a.m. (JST), the ad visuals will be unveiled simultaneously across three newspapers worldwide, each with its own design. The ads will utilize Miura’s artworks as their key main visuals, with no text, highlighting his artistry and intricately rendered illustrations. These will be the kind of design that all fans would be eager to collect.

In the US and France, the 41st volume of Berserk is set to be released in the summer of 2022. QR codes will be placed in The New York Times and Le Monde to redirect people to special events, organized respectively in cooperation with the American publisher Dark Horse Comics and the French publisher Glénat Editions.

Another new manga series, Duranki, written and produced by Kentaro Miura, will be released on the same day!

The 41st volume of Berserk will be published in both standard and deluxe editions. The latter comes with a canvas artwork (size: 23.9 cm × 18.7 cm), along with a drama CD featuring voice actors from the anime adaptations of the series. Another new manga series, Duranki, written and produced by Kentaro Miura, will also be released on the same day.

Deluxe edition with a canvas artwork & a drama CD

Information on promotional campaigns will be announced on Berserk’s official website and twitter, so please keep yourself updated.