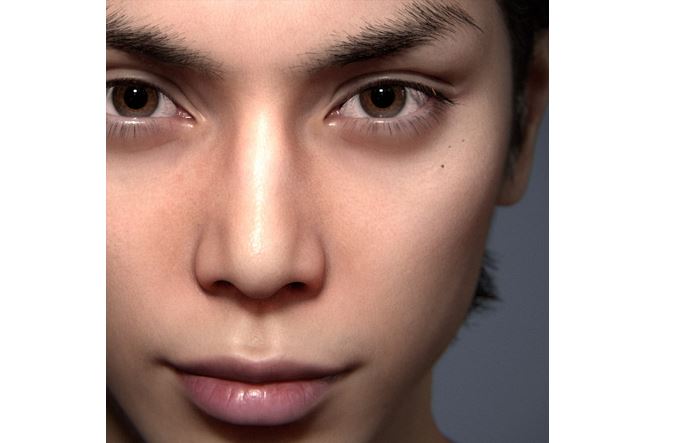 As their first project, 1sec created Hiro Mizushima’s virtual human avatar. Mizushima is currently active as an actor, creator and entrepreneur and has about 850,000 Instagram followers.“Lewis Hiro Newman” (Mizushima’s avatar name) will be uploading contents and be active on Instagram.

Lewis Hiro Newman plans to be globally active in areas of fashion, art and music and will also challenge to create content that uses AI in the near future.
※ Lewis Hiro Newman is the world’s first celebrity virtual human avatar.

Second project of the celebrity virtual humanization is already in process and 1sec plans to convert more celebrities both in Japan and overseas. 1sec believes that the line between the real and digital world is becoming vague, and therefore everyone will need virtual humans to represent themselves.
※1 sec’s business model of virtual humanizing celebrities has a patent pending.

【Photo of virtual human before completion】

【1sec Company Overview】
1sec is a next-generation creative company based in the U.S. that plans and manages virtual humans.