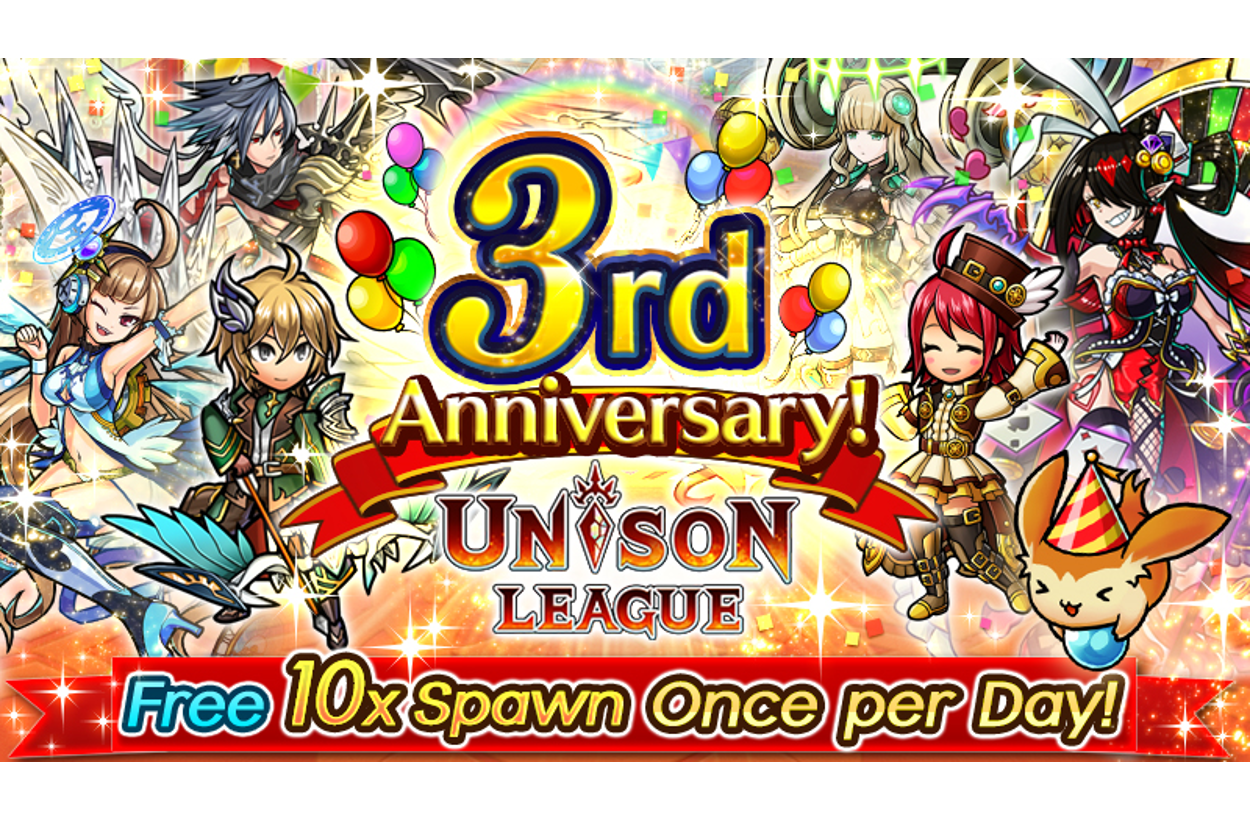 Ateam Inc. (headquarters: Nagoya, Japan; president: Takao Hayashi; hereafter “Ateam”) is proud to announce that the global (excluding some countries) version of their iOS/Android real-time action RPG Unison League has successfully completed three years of service and would like to take this opportunity to give a big thanks to all their players.

To celebrate completing a full three fun-filled years of Unison League, a special 3-Year Anniversary Campaign will be held in-game starting Thursday, April 19. This campaign promises lots of treats including a FREE 10x Spawn that can be performed once a day.

▼FREE 10x Spawn Once a day! Spawn Every Day and Acquire Powerful Gear!

The player-designed monster character “Lady Diritas”, which was crowned Best Design Award in the 3rd Anniv. Cosmetic Design Content, has been actualized into a Unison League monster and will appear in-game. This monster will hit the global version first, so make sure to grab her and gloat to your Japanese Unison counterparts! Rewards will be given to players based on the total login count of their Guild members during the above campaign period. (The login count will be from the Guild members that are registered at 4/19 (Thu.) 5:00 a.m. Unison Time.) Make sure to call your guildies back to reap the rewards together!

During the above period, claim up to 245 Gems as free bonuses with specific Gem purchases. Make the most of this opportunity to get more Gem for your buck.

More events and campaigns are in the works in hopes of delivering enjoyable content to our players around the world. We hope you continue to enjoy your time in the world of Unison League.