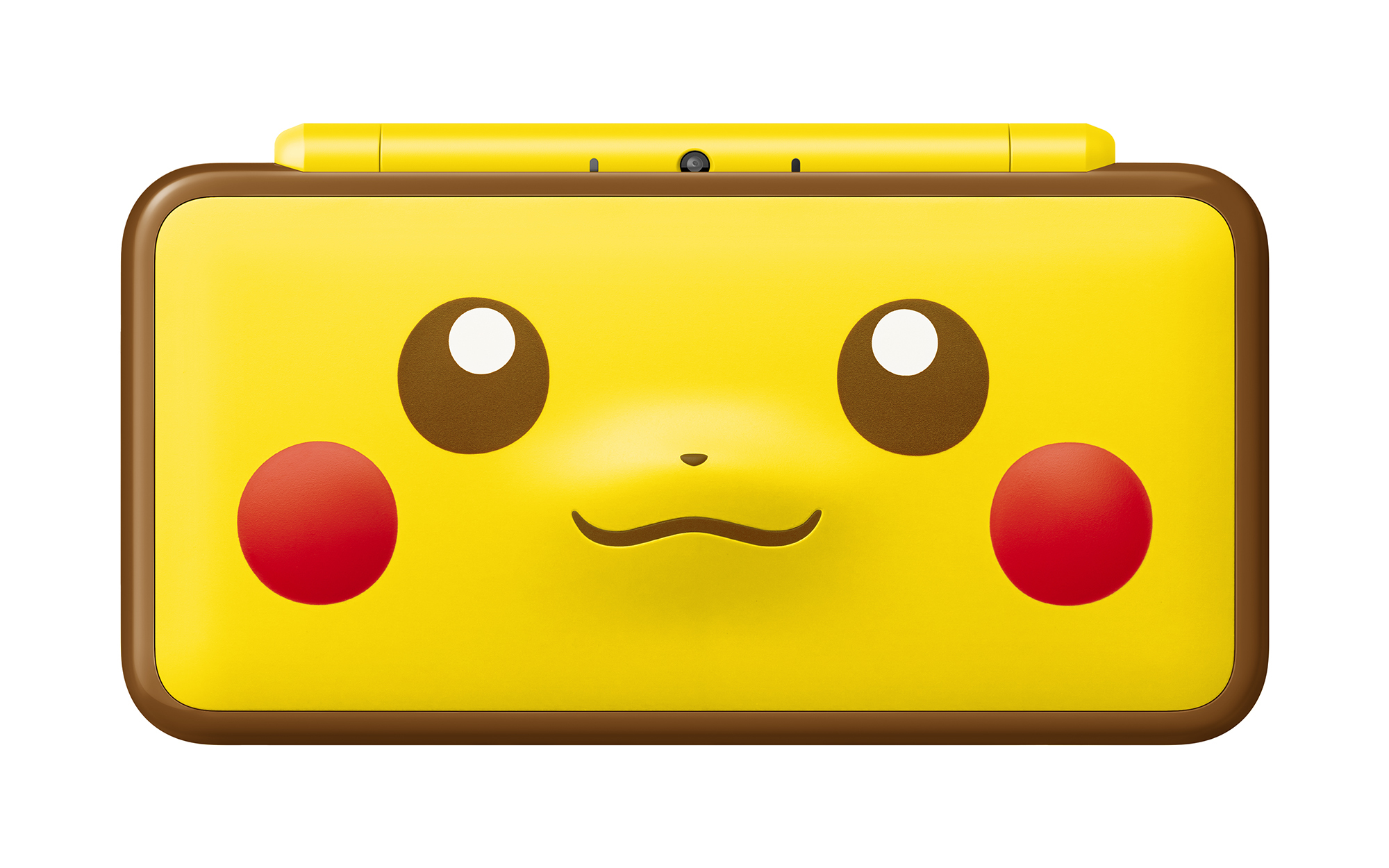 “The New Nintendo 2DS XL Pikachu Edition is a charming addition to the Nintendo 3DS line-up that is sure to delight Pokémon fans of all ages,” said Doug Bowser, Nintendo of America’s Senior Vice President of Sales and Marketing. “With a massive library of games, the Nintendo 3DS family of systems continues to deliver one-of-a-kind experiences for every type of gamer.”

There’s even more in store for Pokémon fans in 2018. Announced earlier today, the new video game Detective Pikachu will launch on March 23 in stores, in Nintendo eShop on Nintendo 3DS and at Nintendo.com at a suggested retail price of $39.99.

In this new adventure, players team up with a witty, tough-talking Pikachu to uncover clues, solve mysteries and encounter familiar faces from the Pokémon world. For the first time in a video game, this Pikachu can communicate with the player. With the help of Pikachu’s surprising voice, players can interact with other Pokémon in a whole new way as they embark on an adventure through the streets of Ryme City.

Fans who can’t get enough Pokémon can also download the classic 2D Game Boy Color game Pokémon Crystal when it launches in Nintendo eShop on Nintendo 3DS on Jan. 26 for only $9.99. The game, an expanded version of the popular Pokémon Gold and Pokémon Silver games, was the first in the Pokémon franchise to allow players to choose between a boy or girl playable character, and was the first game to introduce animations during Pokémon battles. The Nintendo 3DS version of the game is updated with wireless battling and trading, and is compatible with the Pokémon Bank app (annual service charge applies). Pokémon Crystal is now available for pre-purchase in Nintendo eShop on Nintendo 3DS.

Remember that the Nintendo 3DS family of systems features parental controls that let adults manage the content their children can access. For more information about other features, visit http://www.nintendo.com/3ds.

About Nintendo: The worldwide pioneer in the creation of interactive entertainment, Nintendo Co., Ltd., of Kyoto, Japan, manufactures and markets hardware and software for its Nintendo Switch™ system and the Nintendo 3DS™ family of portable systems. Since 1983, when it launched the Nintendo Entertainment System™, Nintendo has sold more than 4.5 billion video games and more than 710 million hardware units globally, including Nintendo Switch and the Nintendo 3DS family of systems, as well as the Game Boy™, Game Boy Advance, Nintendo DS™ family of systems, Super NES™, Nintendo 64™, Nintendo GameCube™, Wii™ and Wii U™ systems. It has also created industry icons that have become well-known, household names, such as Mario, Donkey Kong, Metroid, Zelda and Pokémon. A wholly owned subsidiary, Nintendo of America Inc., based in Redmond, Wash., serves as headquarters for Nintendo’s operations in the Americas. For more information about Nintendo, please visit the company’s website at http://www.nintendo.com.

About Pokémon: The Pokémon Company International, a subsidiary of The Pokémon Company in Japan, manages the property outside of Asia and is responsible for brand management, licensing, marketing, the Pokémon Trading Card Game, the animated TV series, home entertainment, and the official Pokémon website. Pokémon was launched in Japan in 1996 and today is one of the most popular children’s entertainment properties in the world. For more information, visit http://www.pokemon.com.

Note to editors: Nintendo press materials are available at http://press.nintendo.com, a password-protected site. To obtain a login, please register on the site.