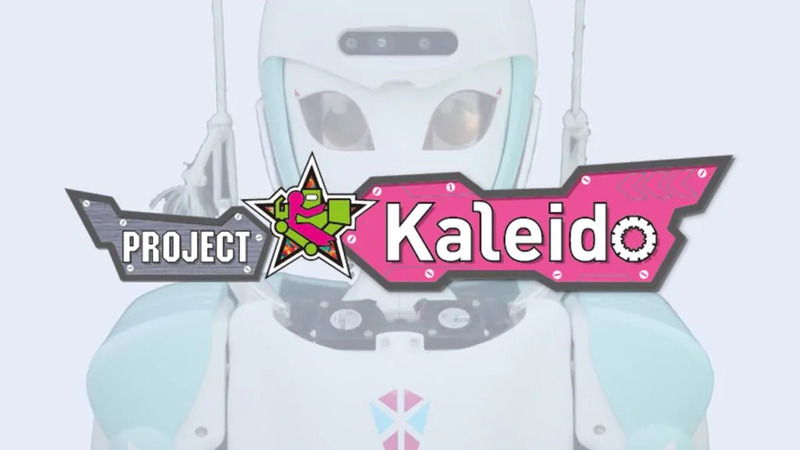 Issuing an NFT of the cutting-edge humanoid robot “Kaleido”!

Kaleido is a humanoid robot made by Kawasaki Heavy Industries, Ltd., one of Japan’s three major heavy industry companies – including the KAWASAKI brand, a motorcycle manufacturer that is the pride of Japan and beloved around the world.

This time, KAWASAKI will launch the state-of-the-art humanoid (Kaleido) form, which was jointly researched with the top universities in Japan, such as the University of Tokyo, as a Humanoid Kaleido NFT using blockchain technology. Humanoid Kaleido NFT is the world’s first NFT linked to existing robots originating in Japan, with the key concept of “a society in which robots permeate society and coexist with humans.”

Humanoid Kaleido NFT is not just NFT art contents, but it fuses Japan’s world-class manga subculture with robots to give the NFT works a story where robots, Metaverse, AI, XR, blockchain, etc. permeate society. We will link this sensibility to the value of NFTs. The NFT’s design will create 10,000 (planned) generative artworks based on the 3D data of Kaleido Buddy & Kaleido Friends.

Humanoid Kaleido is an NFT with multiple experimental elements

NFT where each one has an identity

Give all Humanoid Kaleido NFTs individual information (identity). This will create unique NFT Art contents in which no two individuals are alike, with a unique name, personality, date of birth (manufacturing date), and specifications.

Draw your own future (story) with manga

Humanoid Kaleido appears in MANGA, which is one of the most beloved aspects of Japanese subculture, and multiple stories that spread from the key concept are linked to the value of NFT. With the appearance of the real Humanoid Kaleido NFT in the story, we will create even more depth in the content.

In the first half of Q2 2022, we will sell NFTs issued by OpenSky Blue, which is an NFT sales platform. NFT issuance and sales will be carried out by BRAINCHILD HK LTD (HongKong), which participates in OpenSky Blue LAB, and sales revenue will be returned to Project Kaleido and used to expand the token economy of Humanoid Kaleido NFT.

The token allocation of the Humanoid Kaleido NFT collection aims to expand the token ecosystem by designing tokens aiming at community formation and providing various incentive programs to users.

Details of the publication will be released at a later date from the official media. 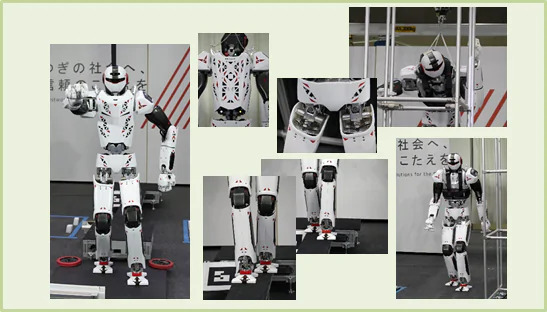 ●    Force sensor: Mounted on the ankle

●    Visual sensor: Mounted on the face

●    Tilt sensor: mounted on the pelvis 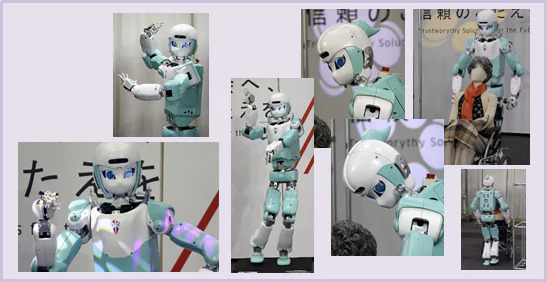 ●    Force sensor: Mounted on the ankle

●    Visual sensor: Mounted on the face

●    Tilt sensor: mounted on the pelvis

Why did Kawasaki make “Kaleido”?

“Kaleido” is a humanoid robot made by Kawasaki Heavy Industries, Ltd. (hereinafter referred to as Kawasaki Heavy Industries), which has a history of more than 50 years in the field of industrial robots, is conducting research and development in collaboration with the University of Tokyo. Debuted at the “2017 International Robot Exhibition” held in December 2017. Two years later, at the “2019 International Robot Exhibition”, the updated “Kaleido” demonstrated walking on a treadmill, eliminating obstacles and carrying out rescues. It is about 180 cm tall and weighs 85 kg, which is almost the same physique as an adult, but it is characterized by a robust structure that “does not break even if it falls”. We are developing for practical use in the field such as disaster relief and construction.

Furthermore, we believe that it is a major mission of robots to support the aging society that will come in the future. The working population will decrease every year, and the working generation will not be able to support the elderly as it is. We need robots to make up for this shortage of labor. In addition, there is already a great need for robots that support long-term care. In the future, in order for robots to work well at home, they will need to be as soft and supple as humans.

We are convinced that the compact new “Kaleido” with a height of 168 cm and a weight of 54 kg, which was unveiled at the “2022 International Robot Exhibition”, will be a robot that can make friends with people.

Project ☆ Kaleido to support Kaleido is launched! And the logo & mark is open to the public. Kaleido’s performance at the world’s largest robot exhibition is released on its Youtube channel.

The bipedal humanoid robot “Kaleido” was exhibited at the “2022 International Robot Exhibition” (hereinafter referred to as “Robot Exhibition”), the world’s largest robot exhibition, held at Tokyo Big Site from March 9 to 12, 2022. The project “PROJECT ☆ kaleido” was launched to make “Kaleido” widely known to the general public and to carry out secondary creative activities.

This time, the transmission medium of PROJECT ☆ kaleido was opened to coincide with the announcement of the robot exhibition.

On “☆ (Earth)”, I drew an illustration of a human and a robot getting along with each other. I put the letters “PROJECT” and “Kaleido” on a plate with a metal feather motif from “☆” where the person and the robot are. In other words, we designed the concept of a futuristic project that “humans and robots can fly high into space by working together’.

In the design inside the gear, the person poses from “Buddy” to “B”, and the robot that poses “K” from “Kaleido” has his arms folded tightly. Infinite possibilities open up when humans and robots form a buddy. I designed it so that you can see it at a glance. The lime green of “Kaleido” is the trademark color of Kawasaki Heavy Industries. 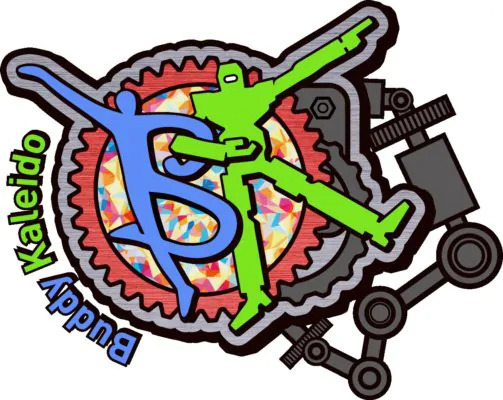 In the glitter of the kaleidoscope, a slender robot with an attractive ponytail poses for the “K” of “Kaleido” and dances energetically! Your fingertips are pointing towards tomorrow.

In addition, the overall silhouette imitates the note “♪” but uses the “F” of “Friends” as a motif. “Kaleido Friends” was designed with the belief that you can be friends with everyone. 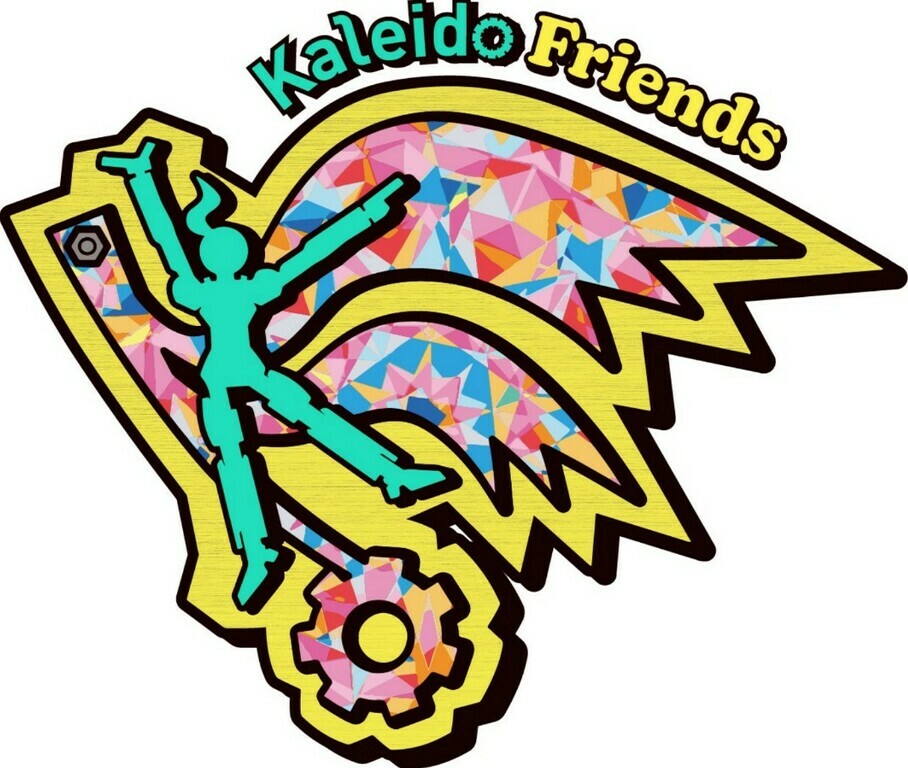 UHS Co., Ltd. is a Japanese company that plans and develops systems. We mainly plan and develop credit information systems and services and applications using blockchain. In the NFT business area, we participate in the DAO (Autonomous Decentralized Organization) of OpenSkyBlue Lab (Hong Kong), which operates and produces the NFT platform. We are designing for NFT issuance mainly in the Japanese market and East Asia.