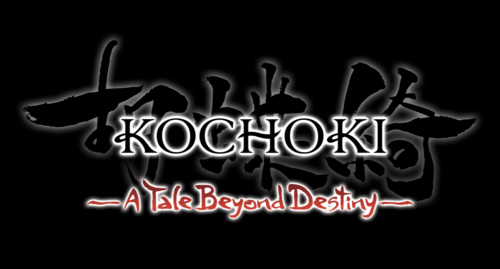 Tokyo, Japan — September 6, 2019 — Free to play interactive story app Honey Magazine, developed by OKKO Inc., will release a spin-off of anime “KOCHOKI” in collaboration with Happinet Corporation. The release in English and French is scheduled for fall 2019. Additionally, the world of “KOCHOKI” will be presented at a joint booth at Tokyo Game Show 2019.

“KOCHOKI” features character design by Atsuko Nakajima, animator behind the character design of the hit video game series “Hakuoki”. Since broadcast began in July 2019, “KOCHOKI” is already attracting strong international interest, especially on social media. In response to the continued growth in popularity of anime, the collaborative project will be released simultaneously in English and French this fall.

Honey Magazine’s soon to be released “KOCHOKI -A Tale Beyond Destiny-” will provide readers a new perspective of the original story, as well as feature unpublished illustrations by Atsuko Nakajima. The official release date of the English and French release will be announced soon.

In addition to the main visuals of “KOCHOKI”, the Tokyo Game Show 2019 booth will feature special photo shoots, promotional videos and the opportunity to test the application. Live broadcasts are also planned. In addition, original fans will be distributed free of charge while supplies last.

Launched in April 2019 in more than 100 countries, Honey Magazine is an entertainment app specializing in interactive stories. With more than 500,000 chapters read each month, the app is a worldwide success. Users can enjoy interactive stories via their smartphone anytime and anywhere.

OKKO, Inc. is an entertainment and technology company offering easily accessible digital content. The global demand for Japanese anime and manga is increasing yearly, with a current market of nearly 1 trillion yen. However, numerous issues have hindered the supply of adequate content. In particular, the damage caused by pirated content is said to be close to 500 billion yen. This results in profits not being properly returned to creators. In response to this, OKKO, Inc. strives to use its experience to provide a way for Japanese content creators to internationally distribute their content safely and easily.