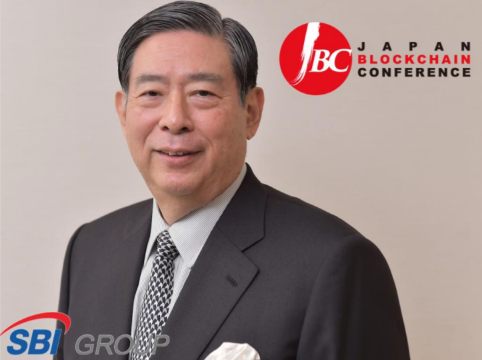 The Japan Blockchain Conference will bring both international and Japanese companies and blockchain entrepreneurs together under one roof. The conference aims to expand blockchain application by facilitating information exchange and networking from the world’s leaders.

Mr. Yoshitaka Kitao was born in Hyogo Prefecture in 1951. After graduating from the Department of Economics, Keio University in 1974, Mr. Kitao entered Nomura Securities Co., Ltd. He then graduated from the Department of Economics, University of Cambridge in 1978. He assumed the post of Executive Managing Director at Wasserstein Perella & Co in 1989 and Corporate Information Executive Director in 1991. Later, he assumed the post of Corporate Director of all three divisions at Nomura Securities Co., Ltd. Invited by Mr. Masayoshi Son, Mr. Kitao entered SoftBank Group Corporation in 1995 and assumed the post of Executive Managing Director. Mr. Kitao is currently the Representative Director and CEO of SBI Holdings, Inc., an integrated company that develops a wide range of businesses, such as securities, banks, and insurance in the finance industry, investments in the growth of new industries, as well as bio-related businesses, such as developing medicines. Mr. Kitao is also a director at SBI Children’s Hope Foundation and the president of SBI Graduate School. Mr. Kitao has published a number of books, including “What We Work For”, “Advice on Moral Training” (Chichi Publishing Company), “Masahiro Yasuoka – PRACTICAL” (PRESIDENT Inc.), “Practical FinTech – Lessons from Successful Companies”, and “Practical FinTech” (Nikkei Publishing Inc.).

How to Participate: Apply for and buy a ticket on this website. Same-day tickets are also available.

With blockchain technology (including technology associated with and derived from blockchain) and business activity (including virtual currency) rapidly developing, the Global Blockchain Council promotes international collaboration of players associated with development and deployment of the technology and relevant business. Under its organic association, the Global Blockchain Council contributes to developing and growing sound business environment and to proper user protection.

PATRON is the golden partner of the Japan Blockchain Conference